VN Composite was created in September 1995 by its current manager, Jean-Paul Tronquoy, an inveterate lover of motorsports. After several years working for prestigious racing teams such as Renault, Ligier and Larousse, he decided to spread his wings to write his own adventure.

From Formula 1 to manufacturing 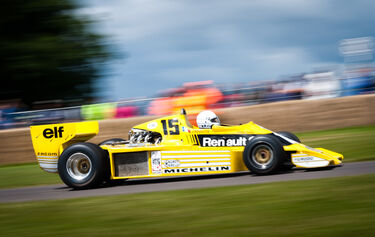 In 1995 the company mainly manufactured polyester parts. Jean-Paul Tronquoy had the ambition to develop the market for composite elements of racing cars. He opened his well furnished adress book and went to work using his years of experience in the world of Formula 1.

A few years later, the MontBlanc Technologies group was extremely interested in the technology and knowhow acquired by VN Composites. Jean-Paul Tronquoy partly sold to the MontBlanc Group in order to help finance his expansion and to create added synergy with them. The merger helped VN Composites to diversify into new sectors.

Defense, space and industry sectors then became the new markets for the managers and his team, always ready for challenges in conceiving and realizing new, innovative parts and solving all the possible difficulties.

VN Composites decided to leave the MontBlanc Technologies group on 1 June 2011. This move enabled VN Composites to acquire new premises in southern france near Toulon (Sollies-Pont). The premises were designed to optimize manufacturing and maitain the highest quality standards. The machine park was moved in, several machines were acquired and production started once again during the summer 2011.

An industrial area over twice the size 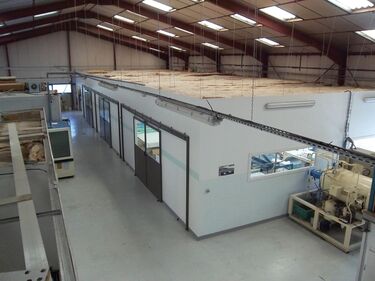 The acquisition of these new premises allows VN Composites to significantly increase its industrial area from 350m² to more than 700m².

The company took the opportunity to invest in additional equipment :

Dedicated rooms for each step

The inside design of the premises is made up of various workshops.

Certain spaces are dedicated to cutting and draping, others for gluing and drying and others down the line for finishing and for manual machining activities. Two others areas are dedicated to RTM manufacturing and to numerically controlled precision machining.

Each room is equipped with air conditioning / heating in order to optimize production by controlling the temperature factor.